ULI Northwest kicked off its first session of the 2019 program year of the Center for Leadership with an overnight retreat at IslandWood, an outdoor education center on Bainbridge Island. The following excerpt is written by Sarah Mergen, a third-year student at Stanford University studying Storytelling and Narrative Design. She attended this session as an assistant to leadership coach Carol Murray to photograph and help with the event. 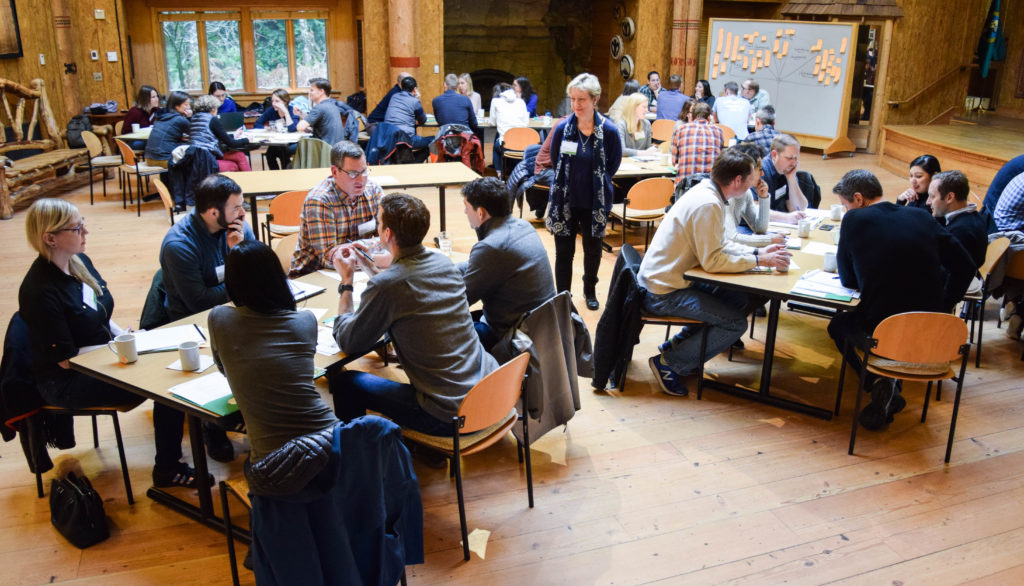 “When a team understands and gets fully behind a vision, a leader has built alignment. Buy-in does not come just from clarity, but through the process of creating dialogue and inspiration. Carol  defines this leadership area with care, as it often goes unacknowledged—if a leader has a great vision, won’t her team help her execute it? Not necessarily, not without alignment.

The group turns this idea over, asking how to build and measure it, exploring new thoughts the way only novel terminology can afford—wow, I didn’t know there was a word for that.  When the session is over, there is a sense of intrigue, fresh knowledge and the desire to apply it to something. The class covered a lot in that first session, and they had yet to have a good example of what these concepts look like in practice. 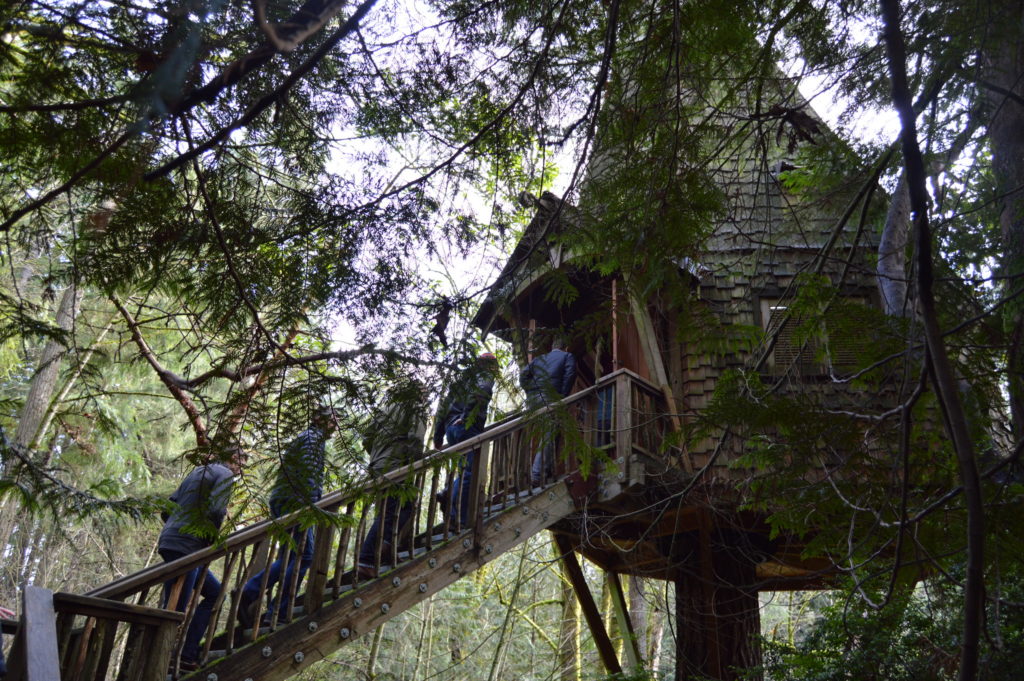 To me, alignment looks a whole lot like IslandWood. In the following sessions, we had the chance to hear from Megan Karch—the CEO of the grove sheltered campus we were using for a retreat center, and a highly intentional leader. In 2000, she tells us, within a sweep of previously condemned hemlock and cedar, IslandWood came into being with the mission of providing environmental education to what were, essentially, the area’s nature-deprived children. The children were much more than passive recipients. The architects selected to bring the vision to life interviewed 250 potential students, asking what they wanted out of the campus, allowing them authority and sway over their own experience, and reversing the flow from power “over,” to power “with.” Naturally, the designs included a treehouse.

I sensed another level of alignment here, too. It was in the floors and walkways, in the unopposed flow of nature into and out of the lumber lined dwellings, and the premises inching out in the wild, taking up only the space necessary and no more. Sustainable design as a value asserted itself, it seems, into every decision made when designing the property—rainwater rerouted for irrigation, trusses and glulam to replace old growth timber, snails as integral to treating wastewater, doormats made from recycled tire rubber. The vision permeated everything. 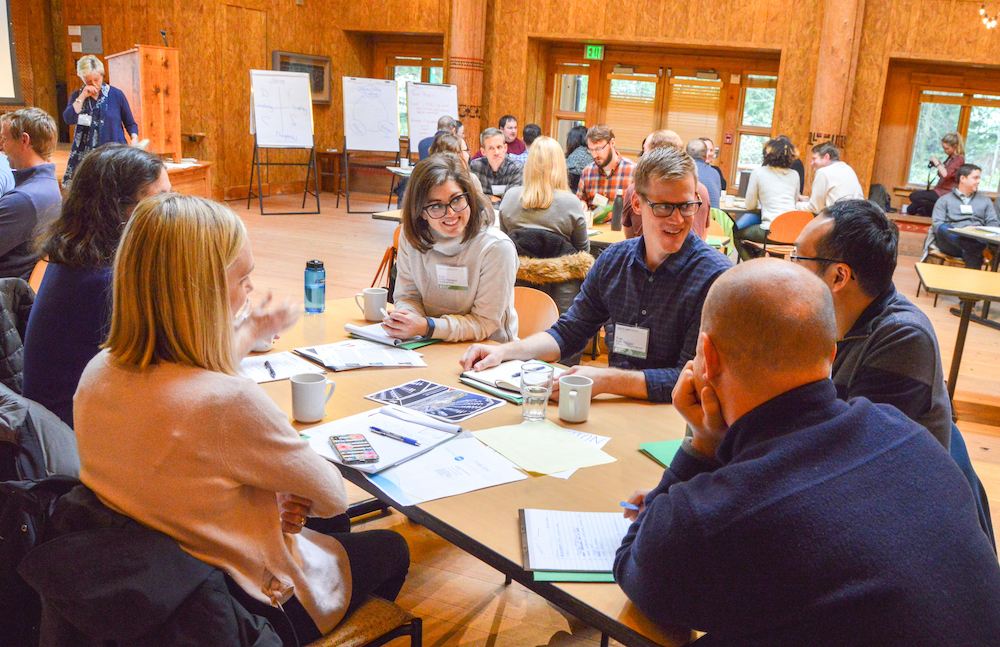 When asked, Megan Karch, completely unprompted and without having seen our prior discussion, told the group that her key to effective leadership was listening. Earlier, Carol had offered this idea as the largest piece of advice for leaders who want to build alignment. There was in the room a sense of rediscovery—not only because of the cohesion of the message they witnessed between talks but because, I sensed, the participants had an intuitive, deeper understanding of the material than the average leader might.”