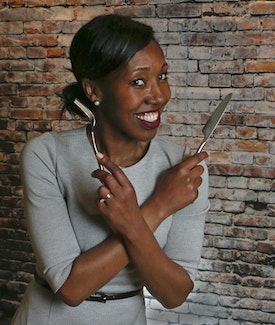 Kali is a social entrepreneur who is a passionate advocate for equity and education transformation with a background that spans from teacher to program manager to policy maker over the last 18 years. After spending 4 years as Education Director for Former Mayor Sam Adams, Kali pursued establishing and co-founding KairosPDX, a non-profit dedicated to closing opportunity and achievement gaps for historically marginalized children. In May 2012, Kali won election to the Portland Community College Board of Directors. She currently Chairs the board. In 2016, Kali was appointed by Governor Brown to the Early Learning Council of Oregon where she also currently serves. In addition to her national work, Kali has worked overseas in South Africa teaching and supporting the development of two community-based projects: a community library and women-owned bakery. This year Kali was recognized as a 2018 Women of Influence in Portland’s Business Journal and was previously awarded Portland’s 40 under 40 recognition. Kali resides in North Portland with her husband and two young children. She received her Bachelor’s degree in Elementary Education and Psychology from Boston College and earned a Master’s degree in Education Policy from Harvard University.
View in Member Directory Will open in a new window